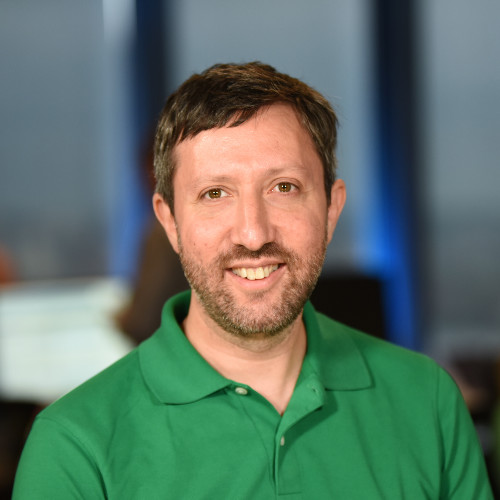 "We could not deliver anywhere close to as much as we do without it."

The way we consume movies, sports, and TV in general has changed. For a while there, it actually looked like business cable news was going to escape most of the resulting turmoil. Then, along came Cheddar.

Cheddar is a post-cable news, media, and entertainment company. Their two video news networks, Cheddar and Cheddar Big News, are watched live by over 6.5M people a month, while their wildly popular video shorts garner hundreds of millions of views across all social channels.

They broadcast live from the trading floor of the NYSE, plus locations that include the LA WeWork and the White House. Subscribers watch Cheddar as part of YouTube TV, Sling TV, Hulu Live and more or sign up directly through their apps on AppleTV, iPhone, Android and Roku.

Scaling to new platforms without ballooning the team

Cheddar’s story is a story of growth. In an effort to keep up that growth, reaching viewers wherever they want to watch becomes increasingly important. This means making sure that subscribers can tune in on their iPhone, Android device, tablet and a series of different streaming services and devices. This poses a challenge though.

Ross Cooperman explained, "We're currently looking to add 1 or 2 mobile devs and that number may go up by the end of the year. Our biggest challenge on mobile is definitely the sheer number of platforms we have to support while using our resources efficiently."

The benefits of going with a specialized mobile CI solution

Developing and deploying efficiently starts with picking the right tools for the job. Luckily, Ross had found one of those tools relatively early on

"I was looking for solutions geared toward mobile development a few years back and Bitrise was the only available CI tool that not only supported mobile, but specialized in it.", he explains. "It felt much easier to get going with something designed for the purpose."

Through its auto-configuration, repository scanning and visual drag-and-drop interface, Bitrise offered a quick and easy way to get started, without sacrificing on customizability or scalability& Easy to learn, but with countless nuances and features that will leave you with continued opportunities to improve your app development process.

Cheddar currently runs around 100 builds on Bitrise for their main mobile application. Even though Bitrise makes custom integrations with third party services extremely easy, Cheddar never actually had to explore this particular feature. Instead, their entire workflow consists of integrations readily available to every Bitrise user through the ever-expanding step library.

Everything from access control and artifact creation to code sign and real-device testing will usually require no more than a few clicks and - possibly - some authentication details to work.

Ship all the time

"We ship all the time. As often as possible. Usually multiple times per day as platforms allow, but at least weekly." — Ross Cooperman

When asked about Cheddar’s current CI process, he added& "We couldn't deliver anywhere close to as much as we do without it. It gets developers out of the game of having to upload builds which is helpful, but more than that we are firm believers that rigorous testing is critical to continuous delivery, which is critical to shipping at speed. Without something running tests constantly, we would inevitably end up with codebases that have persistent failing tests, we'd lose confidence in those tests, and they would cease to be useful."

Want to join Ross in building cool apps that put the next generation of business news in customers’ pockets? Cheddar is hiring a cross-platform mobile engineer (Java/Kotlin and/or React Native) in NYC. Check out the opening here.